In 1940, the heir of a family of fishermen and tradesmen of sponges came from a Greek island of the Dodécanèse.Unable to conduct his commercial activities because of war, he constructed this 15-room hotel around and over the family house. The Lotos was the legend of Odysseus’ Ulysse. The Lotos was that marvellous fruit which was magically capable of making anyone forget all about his snack, friends, his country and even his family and be a prisoner of the charm of Djerba.
Thus, the Lotos became one of the first hotels of the Island. 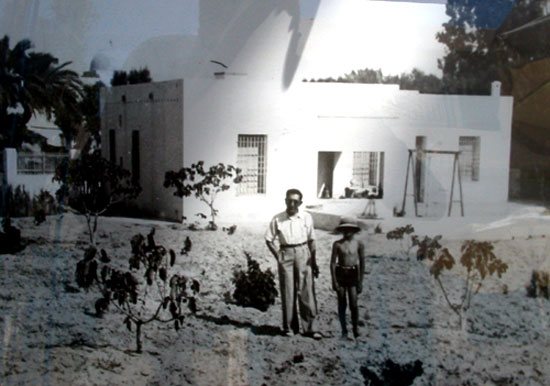 Jean KINDYNIS and his son Laris before the domestic house, around, and to the over of which was built the hotel of the Bingos, Summer 1937. 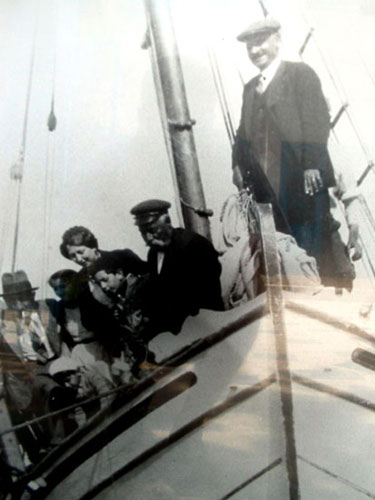 To the prow of the boat, the captain grec AVRANDINIS in the port of Djerba, Spring 1934. 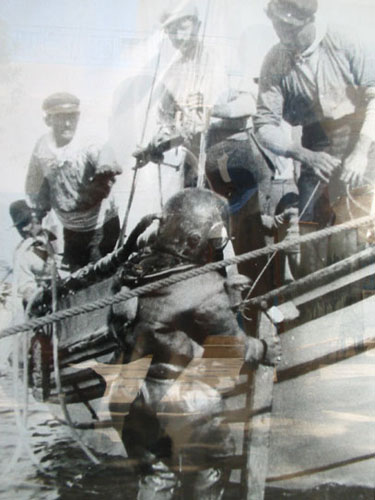